The New World of Working Women: A divided sisterhood?

Professor Alison Wolf examines the social, cultural and economic impact of the rise of women in the workplace, and asks: has it created a “divided sisterhood”?

For most of history, being female defined the limits of a woman's achievements. But now, women are building careers equally as successful as their male counterparts. In Norway, women legally must constitute a third of all boards; in the US, women have gone from representing 3% of practising lawyers in 1970 to 40% today, and over half of all law students.

In her new book The XX Factor, Professor Alison Wolf argues that these changes are revolutionary - but not universal. The 'sisterhood' of working women is deeply divided. Making enormous strides in the workplace are young, educated, full-time professionals who have put children on hold. But for a second group of women this is unattainable: instead, they work part-time, earn less, are concentrated in heavily feminized occupations like cleaning and gain income and self-worth from having children young.

As these two groups move ever further apart, shared gender no longer automatically creates interests in common with other women. Instead, for the first group, their working lives - and priorities - increasingly resemble those of the successful men they work alongside.

What does this schism mean for individuals, the workplace and society as a whole? 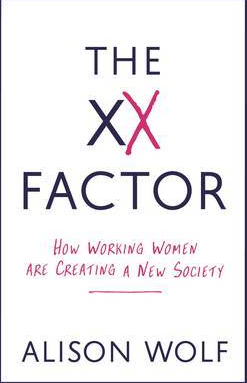