What makes nations prosper? And what is true prosperity? Is it a question of increasing material wealth or of access to a broader conception of "the good life".

Nobel Prize-winning economist Edmund Phelps visits the RSA to share his views on the necessary conditions for "mass flourishing" - where the opportunities for meaningful work, self-expression and personal growth are available to the many not just the few. Contrasting the explosion of prosperity in certain nations between the 1820s and 1960s, with the decline in dynamism in post-war Europe and in innovation and job satisfaction since the 1960s in the US, Phelps argues that the modern economy is under threat by corporatist values that place the community and state over the individual. The only way to recapture this dynamism, he argues, is through a re-commitment to modernity, indigenous innovation, experimentation and widespread self-realisation at the grassroots level.

Speaker: Edmund Phelps, 2006 Nobel Prize winner in Economics, director of the Centre on Capitalism and Society and McVickar professor of political economy at Columbia University. 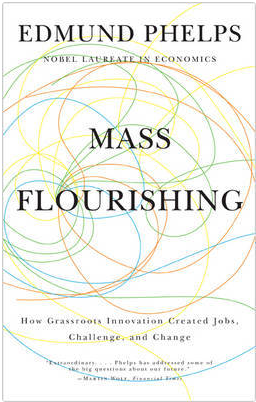