The Political Origins of Banking Crises

Economist Charles Calomiris examines the puzzling pervasiveness of dysfunctional banking, and argues that bank crises are often the predictable result of political bargains, and that these bargains are structured by a society’s fundamental political institutions.

Why are banking systems unstable in so many countries - but not in others? Why has the US had twelve systemic banking crises since 1840, but Canada has had none?

Charles W. Calomiris, Henry Kaufman Professor of Financial Institutions at Columbia Business School, visits the RSA to reveal the extent to which politics influences a country’s banking system. He argues that chronic banking crises are not accidents due to unforeseen circumstances, but rather, are the result of complex bargains made between politicians, bankers and other interest groups. And, in fact, financial institutions are often made fragile by design.

Combining political history and economics, Calomiris reveals how these coalitions of interest form, why some endure while others are undermined, and how they generate policies that determine who gets to be a banker, who has access to credit, and who pays for bank bailouts and rescues. 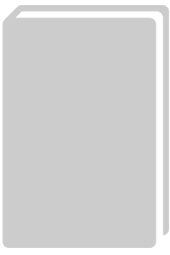