What Happened to the Soul?

In the latest event in our series on spirituality in the 21st century, psychiatrist and writer Iain McGilchrist considers the status of the soul. Once considered the most important part, indeed the whole purpose, of a human life - has science has now rendered the idea of the soul irretrievably redundant? If so, what have we lost?

In public discourse, we speak of the mind and the body – rather less often (and usually with a degree of embarrassment) of ‘spirituality’.  But what ever happened to the soul?

In the next event in our series of talks and debates exploring the nature and value of spirituality in the 21st century, Iain McGilchrist, acclaimed author of "The Master and his Emissary", considers the contemporary status of the soul.

Until recently, care of the soul was considered in almost every culture the most important part, indeed the whole purpose, of a human life.

Is the concept a remnant of superstitious and uneducated ideas about the human condition that science has now rendered redundant?  Or are we turning our backs on something of vital importance simply because we cannot satisfy demands for precision and proof?

Speaker: Iain McGilchrist, psychiatrist and author of "The Master and his Emissary: The Divided Brain and the Making of the Western World" 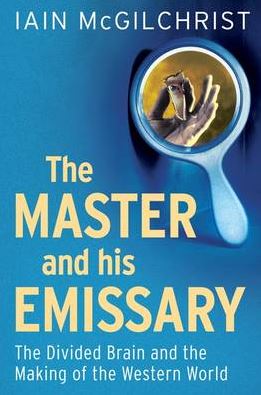 The Master and His Emissary: The Divided Brain and the Making of the Western World