Economic inequality has become centre stage in the political debate, with the US President, the Head of the IMF, and the Pope declaring that reducing inequality is high on their agenda. Inequality is seen as threatening the sustainability of the world economic system. But what the political leaders have not said is what they would do about it.  There are repeated calls for equitable growth but little clue as to how this is to be achieved. In order to take this further, we need a wide-ranging debate about our social objectives and how they can be achieved.

In his RSA President’s Lecture for 2015, economist Professor Sir Tony Atkinson sets out concrete policy proposals that could bring about a genuine shift in the distribution of income towards less inequality.

Identifying ambitious new policies in five areas: technology, employment, social security, the sharing of capital, and taxation - drawing on the lessons of history, and taking a fresh look - through distributional eyes - at the underlying economics, Professor Atkinson seeks to show what could be done now to reduce the extent of inequality. The proposals are intended to engage all levels of government from the local to the multinational, and they do not only involve government. Citizens, individually and acting collectively, can play a significant role by their own actions in achieving a more just society.

Professor Atkinson puts forward the proposals in a spirit of optimism. The world faces great problems, but we are not helpless in the face of forces outside our control.  The future is very much in our hands. If we want to reduce inequality, then this can be achieved.

The event will be introduced by HRH The Princess Royal, RSA President and Vikki Heywood CBE, RSA Chairman.

Join in the conversation #RSAPresident 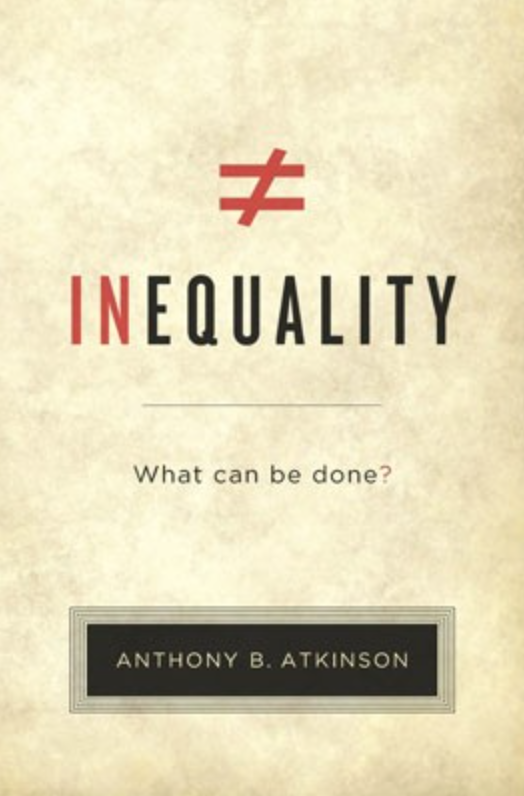