Can a better understanding of the world's complexity enable us to develop national industrial policies to raise living standards?

In a radical rethink of what an economy is, one of WIRED magazine’s 50 People Who Could Change the World, César Hidalgo argues that it is the measure of a nation’s cultural complexity – the nexus of people, ideas and invention - rather than its GDP or per-capita income, that explains the success or failure of its economic performance. To understand the growth of economies, Hidalgo argues, we first need to understand the growth of order itself.

Cesar visits the RSA to present a new view of the relationship between individual and collective knowledge, linking information theory, economics and biology to explain the deep evolution of social and economic systems.

Join in the conversation #RSAeconomy 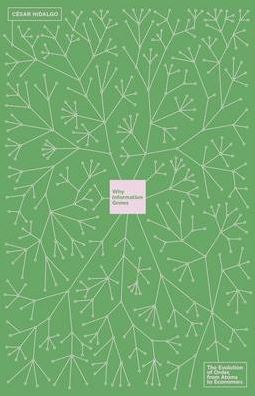 Why Information Grows: The Evolution of Order, from Atoms to Economies