Robert Putnam is Professor of Public Policy at Harvard University and has been called “the most influential academic in the world today”.

The recipient of many international scholarly honours, and an adviser to presidents, prime ministers and public leaders world-wide, his books include the best-selling Bowling Alone: The Collapse and Revival of American Community, and Making Democracy Work, which are among the most cited publications in the social sciences in the last half century.

Since 2010, Professor Putnam has been focused on one major empirical project – ‘Inequality and opportunity: the growing class gap among American young people and the implications for social mobility’. His book on this subject, Our Kids: The American Dream in Crisis was published earlier this year.

In his 2015 RSA Chairman’s Lecture, Professor Putnam shares the key insights from this work, explores the cultural and economic factors that are contributing to the persistence of inequality, and considers what practically can be done to address the widening ‘opportunity gap’.

Join in the Conversation #RSAPutnam 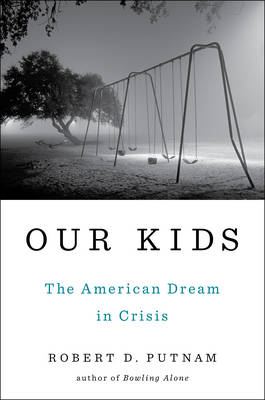 Our Kids: The American Dream in Crisis