Smart Citizens for a Smarter State

How much are ‘the people’ really involved in modern democracy?

Peer-to-peer technologies have revolutionised and democratised so much of public life, and yet government itself lags far behind. Poll after poll reveals deep distrust of institutions that seem to have left the people out of the governing equation. The term ‘participatory democracy’ gets thrown around frequently, but are we any closer to achieving genuinely collaborative institutions?

Professor Beth Simone Noveck spearheaded Obama’s Open Government Initiative and served as the first US Deputy Chief Technology Officer from 2009 to 2011. One of the Huffington Post’s ‘top women in technology’ and Politico’s ‘top 25 game changers’, Noveck visits the RSA to argue that public decision-making could be more effective and legitimate if our institutions knew how to use technology to leverage citizens’ expertise. In doing so, democracy could be rooted not in the occasional act of voting, but in people’s knowledge and know-how.

Join in the Conversation #RSAdemocracy 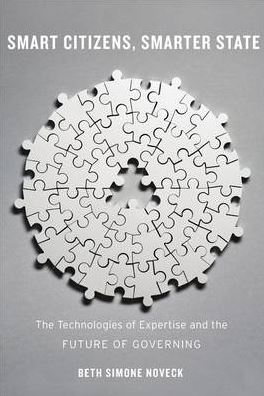 Smart Citizens, Smarter State: The Technologies of Expertise and the Future of Governing