Britain was built by some of the most extraordinary entrepreneurs in history. But who will shape its future? Is Britain still one of the world’s great enterprise powers - and if not what needs to change?

Down the centuries, Britain has produced world-changing entrepreneurs: from the early merchants of the East India Company like Sir Thomas ‘Diamond’ Pitt; to the pioneers of the industrial revolution like Matthew Boulton, James Watt and Josiah Wedgewood; to great Victorian industrialists like George Cadbury and William Lever, and 20th century visionaries like John Spedan Lewis.

But is Britain still an incubator for world-beaters? Can global companies still be built from a small island?

Britain is currently enjoying something of a boom in enterprise and self-employment. Many of Europe’s ‘unicorns’ – new firms worth over $1 billion - call the UK home. But few of the greatest firms created in the last 30 years are British, as new American and Chinese start-ups dominate the global super-league of world-beaters. Is Britain losing its edge? And if so what needs to change?

Join in the Conversation #RSAenterprise 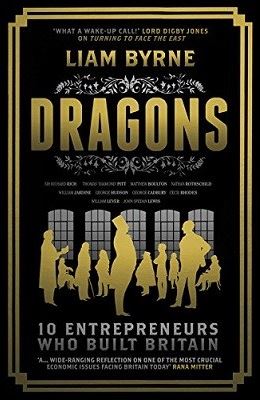