Luck and the Myth of Meritocracy

Is luck as important as hard work in becoming successful?

In recent years, social scientists have discovered that chance plays a much larger role in important life outcomes than most people imagine.

In a world increasingly dominated by winner-take-all markets, good fortune and what may seem as trivial initial advantages often translate into guaranteed success over time. Despite this, false beliefs about luck and personal success persist, and can often shape individual and political choices in harmful ways.

At the RSA, influential economist and New York Times columnist Robert Frank argues that it is vital that we gain a more accurate understanding of the role of chance if we are to create better, fairer economies and societies, and shows how inequality driven by chance can be mitigated by adopting relatively simple policy solutions.

Join in the Conversation #RSAluck 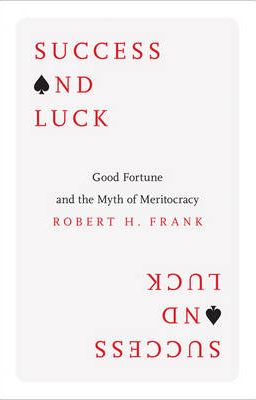 Success and Luck: Good Fortune and the Myth of Meritocracy