‘The citizens of 2050 are being taught an economic mindset that is rooted in the textbooks of 1950, which in turn are based on the theories of 1850.’ Kate Raworth

Economics – literally ‘the art of household management’ – could not be more relevant this century: we urgently need a new generation of economists who are ready to manage our planetary home in the interests of all its inhabitants. But the economic theories that are still being taught in universities and debated in parliaments worldwide are dangerously out of date. From climate change and the crisis in care to the rise of the 1% and the near-collapse of the global financial system, last-century’s theories are simply not up to tackling the central economic challenges of our times.

Kate Raworth, renegade economist and author of Doughnut Economics, visits the RSA to argue that’s it’s time to start thinking like a 21st century economist. Drawing on insights from emergent schools of thought – including complexity, ecological, feminist, behavioural and institutional economics – she argues that today’s economies are divisive and degenerative by default, and must become distributive and regenerative by design.

It’s time for humanity’s portrait at the heart of economic theory to be drawn anew so that, instead of bringing out the worst in us, it nurtures the best of human nature.

Join in the Conversation #RSAEconomy 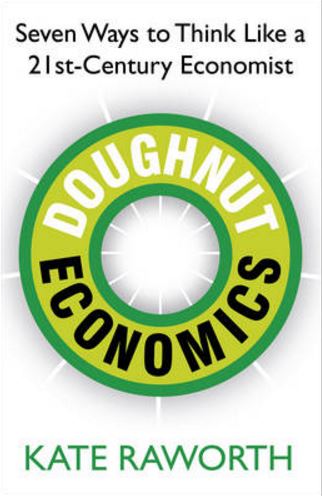 Doughnut Economics: Seven Ways to Think Like a 21st-Century Economist