Breaking the Northern Rock Story, and Beyond

10 Years After the Crash is an events series bringing together a global network of partner organisations to reflect, a decade on from the financial crisis, on three key questions: what lessons have we learned from the crash; have we taken the necessary steps to reform our economic systems in response; and how can we develop a wider understanding of what is needed to deliver a fairer, more resilient and sustainable economy?

The financial crash of 2007/8 has had far-reaching economic and political effects. Today’s widespread political instability and economic anxiety, the rise of populism, and the votes for Brexit and Trump, have all had their roots traced to the crisis.

Robert Peston, who broke the story of Northern Rock’s emergency funding appeal to the Bank of England, and covered at close-hand the ensuing run on the bank, its eventual collapse, and the global crash that followed, reflects back on fast-moving events of the time, and the role of the key actors – from politicians, to bankers, to regulators - and traces the further reaching after-effects of the crash.

What has been the lasting legacy of the crisis? Ten years after, have our institutions, our economic and political policymakers – and we ourselves, as consumers and citizens – really learned the lessons? And how do we prevent it from happening again?

Join in the Conversation #10yearsafter 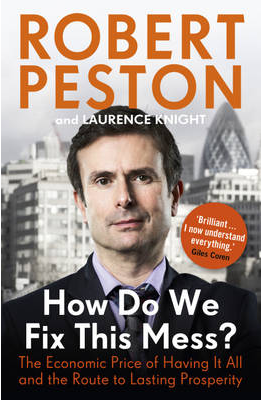 How Do We Fix This Mess?