The Existential Threat of Big Tech

The early 21st century has seen a revolution in terms of who controls knowledge and information. This rapid change has profound consequences for the way we think.

Within a few short decades, the world has rushed to embrace the products and services of four giant corporations: Amazon, Facebook, Apple and Google. But at what cost?

Leading liberal journalist Franklin Foer argues that though these firms sell their efficiency and purport to make the world a better place, what they have done instead is to enable an intoxicating level of daily convenience that has a darker underside. Their corporate ambitions are trampling longstanding liberal values, especially intellectual property and privacy. As these companies have expanded, marketing themselves as champions of individuality and pluralism, their algorithms have pressed us into conformity. They have produced an unstable and narrow culture of misinformation, and put us on a path to a world without private contemplation or autonomous thought – a world without mind.

In order to restore our inner lives, Foer suggests, we must avoid being co-opted by these gigantic companies, and understand the ideas that underpin their success. By reclaiming our private authority over how we intellectually engage with the world, we have the power to stem the tide. At stake is nothing less than who we are, and what we will become.

Join in the Conversation #RSAFoer 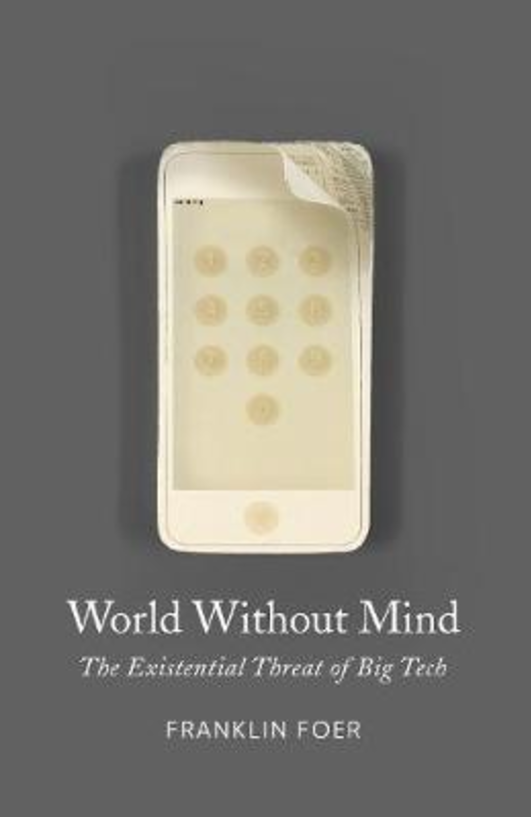