It’s now conventional wisdom to focus on the excesses of the ultra-rich top 1% who are hoarding income and wealth while incomes for the rest are stagnant. But the more important, and widening, gap in American society, argues Richard Reeves, senior fellow at the Brookings Institution, is between the upper middle class and everyone else.

Reeves defines the upper middle class as those whose incomes are in the top 20 percent of American society. Income isn’t the only way to measure a society, but in a market economy it is crucial because access to money generally determines who gets the best quality education, housing and health care.

As Reeves shows, the growing separation between the upper middle class and everyone else can be seen in family structure, neighbourhoods, attitudes, and lifestyle. Those at the top of the income ladder are becoming more effective at passing on their status to their children, reducing overall social mobility. The result is a fracturing of American society along class lines, not just an economic divide.

Join Richard Reeves at the RSA to debate: is inequality is inevitable? Can it even be good, within limits? What can be done to promote broader opportunity? And what lessons can we here in the UK learn from the US experience?

Join in the Conversation #RSAReeves 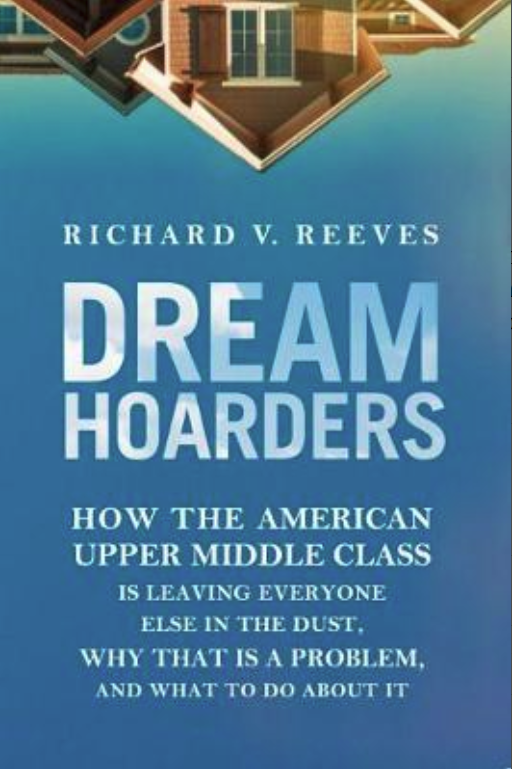 Dream Hoarders:How the American Upper Middle Class Is Leaving Everyone Else in the Dust