Big Tech and the Future of Democracy

Can we restore trust and confidence in the platforms that wield such power and influence in our personal lives and politics?

Roger McNamee was the ultimate Silicon Valley insider. A long-time tech evangelist and legendary investor, he had been an early Facebook shareholder and advisor to its founder, Mark Zuckerberg.

But from early 2016, his concerns about the company’s business model, culture and priorities became ever graver, leading to a crusading new role that turned him from fervent champion to fierce critic. In the years since, as tech-driven scandal and crisis has hit countries from the US to the UK, from Sri Lanka to Brazil, McNamee has become a leading light in the fight against the existential threats posed by Facebook and the big tech giants to our privacy, democracy and public health.

At the RSA, Roger McNamee tells the inside story of that fight, and sets out the actions we need to take now - as citizens, consumers, policymakers, employees and business leaders – to avert further political and cultural catastrophe, and build a better future for technology, society and ourselves.

Join in the Conversation #RSAtech 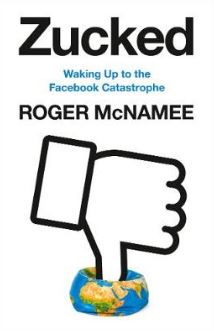