r versus g? Or a Debt Jubilee?

David Graeber’s bestselling book “Debt: The First 5000 Years” revolutionised our understanding of the origins of money and the role of debt in human societies. But intellectual revolutions take time, and David’s sudden and untimely death left this revolution unfinished.

David’s widow Nika Dubrovsky has established ‘The Fight Club’ to keep David’s unique way of challenging conventional wisdoms alive after him. Each ‘Fight’ will pit leading advocates of different visions of how society functions against each other.

The inaugural fight, to mark the first anniversary of David’s death, is a debate between the renowned economists Thomas Piketty, author of “Capital in the Twenty-First Century”, and Michael Hudson, author of “And Forgive Them Their Debts”.
Thomas Piketty wrote the preface to the tenth anniversary edition of “Debt: the First 5000 Years”. Michael Hudson’s anthropological research into the origins of money and debt in ancient Sumeria was the basis of much of David’s analysis in that book.

Piketty and Hudson have advocated different ways to avoid capitalism collapsing under the weight of debt and inequality. For Piketty, it’s ensuring that the rate of return on private capital exceeding the economy’s growth rate (r>g) is counteracted by taxing the rich. For Hudson, it’s a Debt Jubilee: write down private debt and free us from debt peonage.

Join us for an unmissable encounter between two celebrated and highly influential economic thinkers as they debate: what is money and what is debt? What are the most serious problems of today’s finance-capital economies? And what are the best remedies?

Join in the conversation #RSAdebt 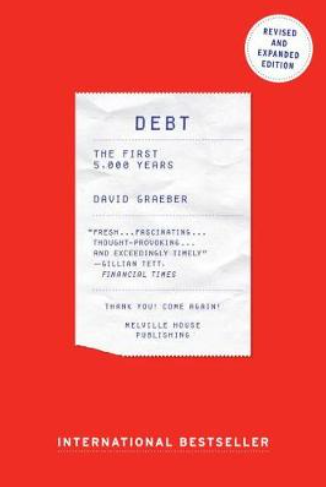