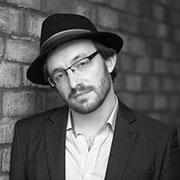 Author and founder of Mindapples

Andy Gibson is an entrepreneur and consultant specialising in technology for social change. He helps organisations adapt to a more networked age through his consultancy practice, Sociability, and develops his own ventures including the “5-a-day for your mind” campaign Mindapples and the education marketplace, School of Everything. He’s an experienced public speaker, and his written works include Social by Social, the UK’s first major guide to using social media for social good, and the influential local government innovation pamphlet, Local by Social. He’s also a Trustee of the Royal Society for the Encouragement of Arts, Manufactures and Commerce.

Andy used to be a historian, but he drifted. After studying the Renaissance, Reformation and Enlightenment, he jumped into the digital revolution, running websites for the national teacher recruitment campaign 'Those Who Can, Teach' and the media skills charity Skillset. His businesses have won awards from the Cabinet Office, the New Statesman and former Prime Minister Gordon Brown, and in 2010 Wired Magazine named him the 78th most influential person in UK technology – although they changed their minds again the following year.