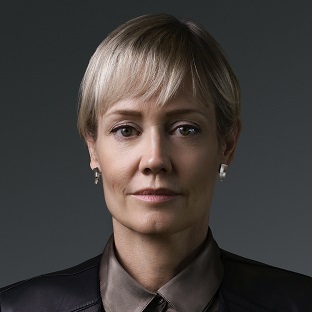 Alison Brooks, Principal and Creative Director of Alison Brooks Architects, is recognised as a leading architect of her generation. She has developed an international reputation in the 20 years since founding the practice in 1996. Born in Ontario, Canada in 1962, she moved to London in 1988 after graduating with a BES and BArch from the University of Waterloo.

Alison Brooks’ architectural approach emerges from broad cultural research, with each project expressing a specific response to place, community and landscape.  This has led to a portfolio of award-winning architecture of distinct identity encompassing urban design, housing, education and buildings for the arts. Her work has attracted international acclaim for its conceptual rigour, sculptural quality and ingenious detailing, exemplified by the spectacular new Cohen Quadrangle for Exeter College, Oxford.

Alison has become a public voice for the profession advocating the role housing as civic building, the resurgence of building craft and the use of timber in architecture.

In 2017 Alison was appointed as a Royal Designer for Industry by the RSA, selected as Mayors Design Advocate for London, and was honoured with the AJ 100 Contribution to the Profession Award.   Named by Debrett’s as one of ‘Britain’s 500 Most Influential’, Alison Brooks is the only British architect to have won all three of the UK’s most prestigious awards for architecture: the RIBA Stirling Prize, Manser Medal and Stephen Lawrence Prize.  She was awarded 2013 Woman Architect of the Year by the Architect’s Journal in recognition of her work in housing, regeneration and education. In 2012 Alison Brooks and her team were awarded Architect of the Year and Housing Architect of the Year.

Alison Brooks is a CABE / Design Council National Design Review Panel Chair and Trustee of Open-City. She was a member of The Farrell Review of Architecture and the Built Environment and the RIBA Awards group from 2010-15, where she was juror for the 2011 Stirling Prize and 2010 Lubetkin Prize. Brooks is currently External Examiner at the Architectural Association where she taught a Diploma Unit from 2008-2010. Alison lectures internationally on architecture and urban design. To mark 21 years since the founding of Alison Brooks Architects she has recently published ‘Ideals then Ideas’; an overview of the practice’s work within conceptual, formal and material themes that have emerged over the past two decades.

In 2016 she received an Honorary Doctorate of Engineering from University of Waterloo, Canada.