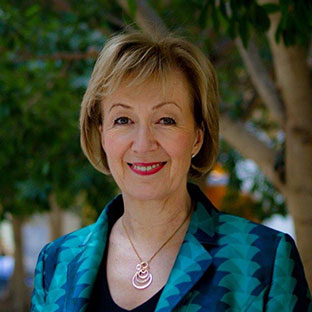 Leader of the House of Commons

As Leader of the House of Commons, Andrea Leadsom represents Government in Parliament and Parliament in Government. She is the Cabinet minister responsible for overseeing the progress of Government legislation through Parliament, primarily by chairing the Parliamentary Business and Legislation Committee of Cabinet.  Every Thursday when the Commons is sitting she answers questions on the Business of the House. She is responsible for procedural changes and, following recent claims of sexual harassment in Westminster, has chaired a Cross-Party Working Group on an Independent Grievance and Complaints Policy.

Andrea Leadsom was elected to the Commons in 2010. After serving on the Treasury select committee she has been City Minister, Minister of State at the Department of Energy and Climate Change and Secretary of State for the Environment, Food and Rural Affairs.