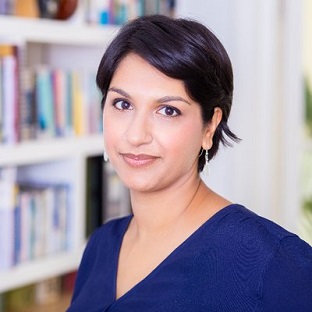 Angela Saini is an independent British science journalist and author of two acclaimed books. She presents science programmes on BBC Radio and her writing has appeared in the Guardian, The Times, Prospect, New Scientist, Wallpaper, Vogue, Marie Claire, Science, New Humanist, Wired, Stylist and the Economist among others. She has won a number of national and international journalism awards.

Her most recent book, Inferior: How Science Got Women Wrong - and the New Research That's Rewriting the Story, was published in 2017. Her first book, Geek Nation: How Indian Science is Taking Over the World, was published in 2011, and became a bestseller in India. Her next, Superior: The Return of Race Science, will be published in May 2019.