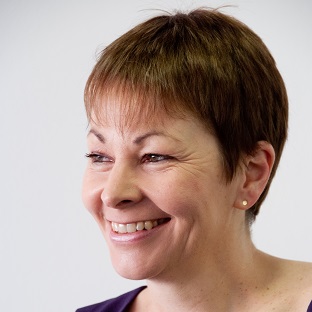 Caroline is MP for Brighton Pavilion. She was Leader of the Green Party between Sep 2008 and Sep 2012; and Co-Leader with Jonathan Bartley from Sep 2016 to Sep 2018.

Caroline continues to be an active campaigner on a range of issues and has repeatedly been voted the UK's most ethical politician by readers of the Observer. She is also in the Environment Agency’s Top 100 Eco-Heroes of all time.