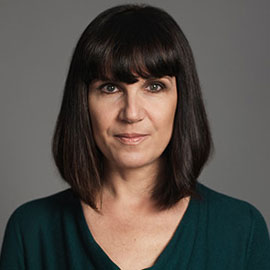 Catherine Mayer is an author, journalist, and Co-Founder and President of the Women’s Equality Party. A bestselling author and award-winning journalist with a career spanning The Economist, the German news weekly FOCUS and TIME magazine, Catherine’s most recent book 'Attack of the Fifty Foot Women: How Gender Equality Can Save the World!' includes the story of why in 2015 she co-founded the Women’s Equality Party. She is now the party’s President. She is also the Executive Director of the think tank, Datum Future. She served as elected president of the Foreign Press Association in London, is on the founding committee of WOW - The Women of the World Festival and was a judge for the 2018 Women’s Prize for Fiction.