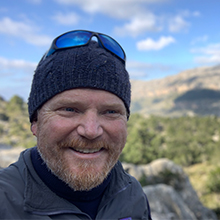 Daniel Christian Wahl is one of the catalysts of the rising reGeneration and the author of Designing Regenerative Cultures. He works as a consultant, educator and activist with NGOs, businesses, governments and change agents. Daniel grew up in Germany, studied Biology in Scotland and California, Holistic Science at Schumacher College and wrote a PhD in Design for Human and Planetary Health in 2006. Since 2010 he lives on Majorca, Spain growing roots and deepening his practice of facilitating bioregional regeneration. His 2016 book 'Designing Regenerative Cultures' has quickly gained international acclaim, his Blog on Medium is followed by over 24k people and his social media advocacy has a combined audience of over 680k people around the world.