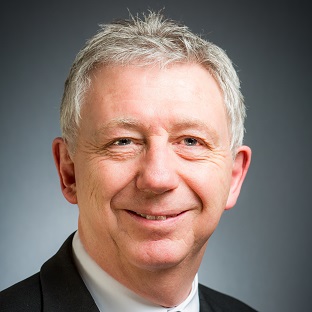 David is Co- Headteacher of the Anglo European School, a comprehensive school in Essex.  The school was the first state school to introduce the International Baccalaureate (IB) Diploma in 1977 and the first to embrace the IB Career-related Programme in 2010.  David continues to teach Geography and Citizenship.

He served on the IB Heads Council and served as its chair in 2013.  In that capacity he also served on the IB Board of Governors. David is a director of the UK IB Schools and Colleges Association.

In October 2015 David was given a Point of Light award by the Prime Minister for his contribution towards promoting international understanding through the UNA and education.