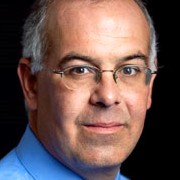 David Brooks is a columnist for The New York Times, where his columns reach over 800,000 readers across the globe. A frequent broadcaster and political commentator, his previous books include the international bestsellers The Social Animal: The Story of How Success Happens and Bobos in Paradise: The New Upper Class and How They Got There.

In 2013 he began teaching a course on philosophical humility at Yale University, from which some of the ideas explored in The Road to Character originated.