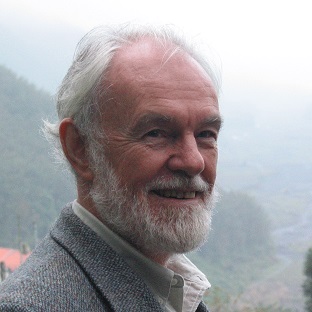 David Harvey is a distinguished Professor in the Graduate Center of City University of New York and is the author of numerous books.

David Harvey, a leading theorist in the field of urban studies whom Library Journal called "one of the most influential geographers of the later twentieth century," earned his Ph.D. from Cambridge University, was formerly professor of geography at Johns Hopkins, a Miliband Fellow at the London School of Economics, and Halford Mackinder Professor of Geography at Oxford.

His reflections on the importance of space and place (and more recently "nature") have attracted considerable attention across the humanities and social sciences.

His highly influential books include The New Imperialism; Paris, Capital of Modernity; Social Justice and the City; Limits to Capital; The Urbanization of Capital; The Condition of Postmodernity; Justice, Nature, and the Geography of Difference; Spaces of Hope; and Spaces of Capital: Towards a Critical Geography.

His numerous awards include the Outstanding Contributor Award of the Association of American Geographers and the 2002 Centenary Medal of the Royal Scottish Geographical Society for his "outstanding contribution to the field of geographical enquiry and to anthropology."

He holds honorary degrees from the universities of Buenos Aires, Roskilde in Denmark, Uppsala in Sweden, and Ohio State University.