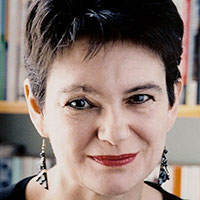 Diane co-directs the Bennett Institute for Public Policy at the University of Cambridge. She was previously Professor of Economics at the University of Manchester. She has held a number of public service roles including Vice Chair of the BBC Trust (2006-2014), member of the Competition Commission (2001-2009), the Migration Advisory Committee (2009-2014), and the Natural Capital Committee (2016-2019). She was awarded a CBE for her contribution to the public understanding of economics in the 2018 New Year Honours.