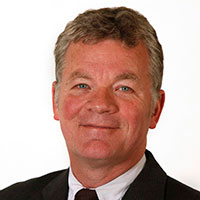 Dr Kevan Collins, chief executive, Educational Endowment Foundation
Kevan has worked in public service for over twenty-five years and became the first EEF chief executive in October 2011, having previously been chief executive in the London Borough of Tower Hamlets. Prior to this role he led a distinguished career in education – starting off as a primary school teacher, leading the Primary Literacy Strategy as national director, and then serving as director of Children’s Services at Tower Hamlets. Kevan also gained international experience working in Mozambique and supporting the development of a national literacy initiative in the USA. He completed his doctorate focusing on literacy development at Leeds University in 2005.