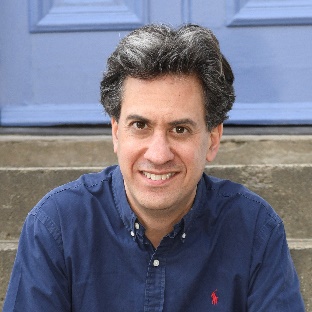 Shadow Secretary of State for Business, Energy and Industrial Strategy and MP

Ed Miliband is the MP for Doncaster North and was Leader of the Labour Party from 2010 to 2015 and Climate Change Secretary from 2008 to 2010. In April 2020, he returned to the front bench to serve as Shadow Secretary of State for Business, Energy and Industrial Strategy. In October 2017, Ed and his co-host Geoff Lloyd launched the Reasons to be Cheerful podcast to explore the ideas, people and movements solving the biggest challenges facing society, through interviews with smart thinkers and inspiring campaigners from around the world. It has since had over 12 million downloads across a diverse listenership and was awarded Podcast of the Year by the Broadcasting Press Guild in 2018.