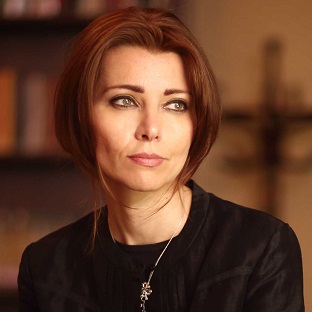 Elif Shafak is an award-winning novelist and the most widely read female writer in Turkey. She is also a cultural commentator, a political scientist and an inspirational public speaker.

Shafak is an activist on women’s rights, minority rights and freedom of speech. With a multidisciplinary background (international relations, gender and women’s studies (Masters) and political philosophy (PhD)) she writes extensively about a range of issues including global and cultural politics, the future of Europe, Turkey and the Middle East, secularism and faith and doubt. She regularly contributes to world publications including The Financial Times, The New York Times, The New Yorker, The Guardian, Der Spiegel and La Repubblica. She is a TED Global speaker, a member of Weforum Global Agenda Council on Creative Economy in Davos and a founding member of ECFR (European Council on Foreign Relations).

She writes in both Turkish and English, and has published 15 books, 10 of which are novels, including the bestselling The Bastard of Istanbul and The Forty Rules of Love. Her books have been translated into 47 languages and she has been awarded the prestigious Chevalier des Arts et des Lettres. Her latest novel Three Daughters of Eve was published by Penguin in February 2017.

Shafak is also active on social media with an international twitter following. She can be found at: www.elifshafak.com