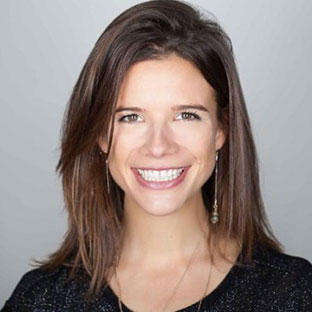 Emily invented and designed a laser light that projects a fluorescent image of the rider’s bike five metres ahead of them. To market and sell it, she founded her own company ‘Blaze’, which back in 2012 became one of the first UK companies to raise funds through crowdfunding on Kickstarter. It has since attracted significant investment from Index Ventures and the Branson family, and her Laserlight now sells in 50 different countries. Emily was listed in Management Today’s ‘35 Women under 35’ list in 2014.