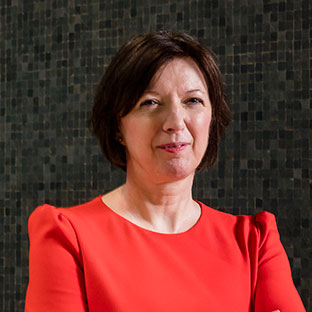 Frances is the General Secretary of the Trades Union Congress.

She first joined the TUC as Campaigns Officer in 1994, and went onto launch the TUC’s Organising Academy in 1997.

Frances headed up the TUC’s organisation department in 1999, reorganising local skills projects into unionlearn which now helps a quarter of a million workers into learning every year.

As Deputy General Secretary from 2003, Frances led on the environment, industrial policy, the NHS and winning an agreement covering the 2012 Olympics. She has served as a member of the Low Pay Commission, the High Pay Centre and the Resolution Foundation’s Commission on Living Standards.