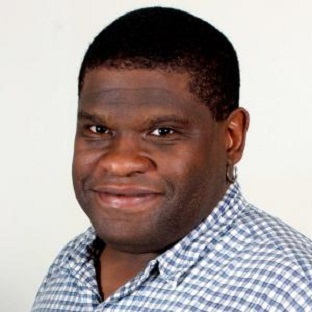 Author, Broadcaster and Editor for The Guardian

Gary Younge is an author, broadcaster and editor-at-large for The Guardian. He also writes a monthly column, Beneath the Radar, for the Nation magazine and is the Alfred Knobler Fellow for The Nation Institute.

A prize winning journalist, most recently receiving the Society of Editors Press Awards 2018 Broadsheet Feature Writer of the Year, he has written five acclaimed books: Another Day in the Death of America, A Chronicle of Ten Short Lives; The Speech, The Story Behind Martin Luther King’s Dream; Who Are We?, And Should it Matter in the 21st century; Stranger in a Strange Land, Travels in the Disunited States and No Place Like Home, A Black Briton’s Journey Through the Deep South. He has made several radio and television documentaries on subjects ranging from gay marriage to Brexit.

Currently a visiting professor at London South Bank University, he was appointed the Belle Zeller Visiting Professor for Public Policy and Social Administration at Brooklyn College (CUNY) from 2009-2011. In 2017 he was awarded an Honorary Fellow of Cardiff University. In 2016 he was made a Fellow of the Academy of Social Sciences and in 2007 he was awarded Honorary Doctorates by both his alma mater, Heriot Watt University, and London South Bank University.