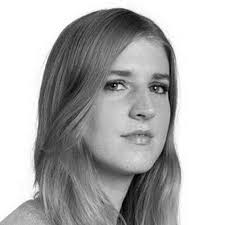 Gillian Orr began her career as an assistant to an MP in Australia followed by a stint at MTV in London. She then joined The Independent where she started as a PA before going on to become an arts and feature writer. She was named Sexual Health Journalist of the Year in 2015 for her piece about the misrepresentation of abortion in film and television. Gillian is currently features editor at Refinery29. She has also contributed to Vogue, ELLE, Love, Lula, Paper, and ES Magazine.