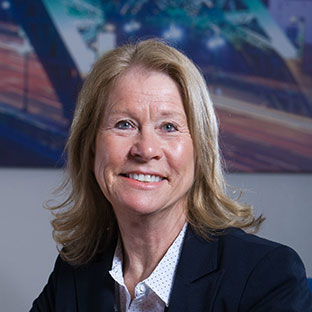 Irene has had a wide and varied career spanning 38 years with involvement in local and national government and the private sector.

She has worked within and on behalf of 105 different councils including being Chief Executive Officer of two Metropolitan Authorities in the North East of England.

Irene was awarded a CBE for services to Local Government in the 2008 New Year’s Honours List.

In addition to her public sector career, Irene chairs the board of Hays Travel Group - the UK’s largest independent travel agency, which has its Head Office in Sunderland.

After working in an advisory capacity to the leadership of Sunderland City Council from early 2016, Irene was appointed its Chief Executive in April.

She is passionate about food, family and football, and her personal interests include travel!