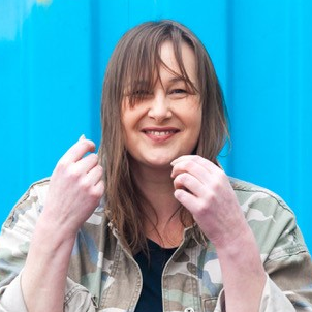 One of the founding Directors of Onion Collective, Jessica Prendergrast grew up living at the zoo her parents set up in rural West Somerset, before studying at Oxford University and then UCL, London. In her early career, she became a social researcher working in academia then Government, and was Research Director at the Social Market Foundation, an independent think tank in Westminster.

With a strong economics background, Jess later worked as Economics Editor for Oxford Economics, a leading economic consultancy, until she moved full-time to Onion Collective at the start of 2018. There, she splits her time between cultural, funding and thought leadership responsibilities. She is currently writing  a book on ‘Attachment Economics’, which integrates imagination practices, and is working with community enterprise leaders from across the UK to explore what a more connected form of economics could look like.

Jess has been instrumental in the establishment of several social enterprises. She was one of the team behind the £3.2m Minehead Eye project, an indoor skate park and youth centre, for which she remains Director. Jess also established Contains Art, artist studios and exhibition space in shipping containers in Watchet., which has since grown into the major £7.3m development at East Quay, which Onion Collective will launch this summer.  Jess was a West Somerset District Councillor between 2005 and 2007 and is passionate about improving opportunities in West Somerset and in her hometown of Watchet. She has recently retired as a trustee of the Power to Change Trust, a national funding body that supports community business, and place-based community renewal, and remains a trustee of Dunster Music Festival and is the Chair of Contains Art, now a charity.
Website: www.onioncollective.co.uk/about