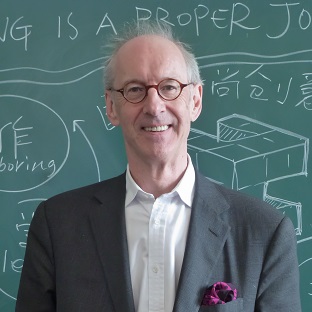 John Howkins is a leading figure in the global understanding of work and creativity. He is the author of the seminal The Creative Economy, which has been translated into fourteen languages. He is a former chair of CREATEC, Tornado (Britain’s first streaming company) and BOP  (the UK’s leading advisory service on culture and creativity). He was chair of the London Film School and chief adviser to HBO and Time Warner for fifteen years. In 2006 the Shanghai government set up the John Howkins Research Centre on the Creative Economy.