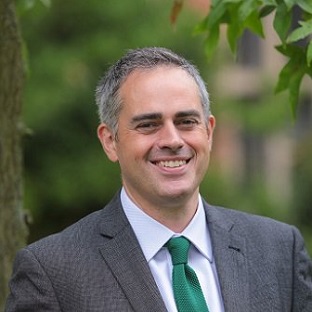 Co-Leader of the Green Party in England and Wales

Jonathan Bartley has been the Green Party co-leader since his election alongside Caroline Lucas in 2016. He was elected to a second term, standing with Sian Berry, in 2018. Jonathan has become an influential figure in the Green movement, known for his tireless dedication to migrant rights, disability awareness, and electoral reform.

In the 2019 General Election, Jonathan stood as the Green Party candidate for Dulwich and West Norwood, coming second and increasing the vote share from 2.5% to 16.5%. During the 2015 General Election, when Jonathan was the candidate for Streatham, he increased the Green vote locally fivefold. In the breakthrough local elections of May 2018 Jonathan was elected as councillor for St Leonard’s ward in Lambeth. Jonathan is the leader of the Official Opposition on Lambeth Council where he leads 5 Green councillors.