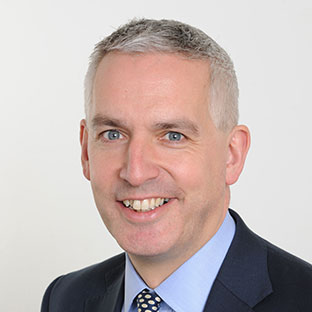 Jonathan Douglas is Director of the National Literacy Trust – the independent charity committed to raising literacy levels in the UK’s most deprived communities. Jonathan joined the Trust in 2007. He has developed the strategy for the 2008 National Year of Reading generating 2.5million new public library members, formed the All Party Parliamentary Literacy Group, expanded the National Literacy Trust schools’ programme to include 7,000 schools and engaged a wide range of businesses (including the Premier League, McDonald’s and KPMG) in the campaign for UK literacy. He is currently developing a UK Brazil partnership reading programme as part of the Olympic Legacy.

He was previously Head of Policy Development at the Museums, Libraries and Archives Council. Before that he was Professional Adviser for Youth and School Libraries at the Chartered Institute of Library and Information Professionals. Jonathan has also worked as a librarian and Children’s Services Team Leader in Westminster Libraries.

Jonathan is on the Advisory Committee of the Man Booker Prize. He is Chair of the Expert Subject Advisory Group for English in the new national curriculum. He was a member of the Expert Panel for The Children’s Plan and the Advisory Committee of Every Child a Reader. Jonathan is a Non Executive Director of the Money Advice Service, the independent service set up by Government to help people manage their money.  He is Chair of Governors of St William of York Primary School in Lewisham. In 2014 Jonathan was awarded an Honorary Doctorate of Letters by Oxford Brookes University.