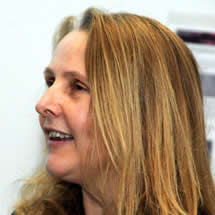 Julie Timbrell is an activist, community artist and democracy practitioner. Julie is interested in how collaborative projects can bring people together to create a more beautiful world; one which embodies the principles of social, economic and environmental justice.

She has been involved in Occupy London since the beginning, helping to set up StarBooks occupation library.  Later in Occupy Democracy she contributed to assemblies at Parliament Square and the alternative Festival of Democracy at Runnymede in 2015. More recently Julie has been involved with other occupiers in taking forward the Occupy Democracy demand for a citizen led constitutional convention by working with citizens, civil society & political parties to campaign for a system change and a new democracy that will tackle the current ecological crisis and deepening economic inequity, by involving ordinary people in deliberative democracy.