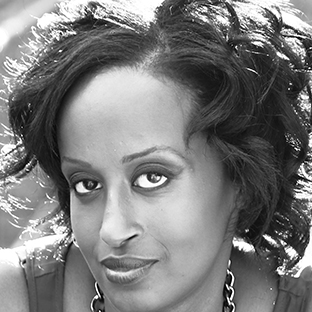 Leyla Hussein is a trained psychotherapist and multi-award winning campaigner on FGM and gender rights.

She was included in the BBC 100 Women list of 2013, recently voted 6th in the Woman’s Hour 2014 Power List and named Red magazine Women of the Year 2014. She also made it on the Debrett’s 500 list of most influential in the UK. She co-founded Daughters Of Eve who are working to protect girls and young women at risk from FGM. She advises the UK-wide Tackling FGM Initiative, Desert Flower Foundation and the Honor Diaries organisation

She was Cosmopolitan Ultimate Campaigner Women of the Year in 2010, and in 2011 she won the Emma Humphrey Award and The Lin Groves Special Award for her work in raising awareness of violence against women and children. She received the 2012 True Honour Award by the Iranian and Kurdish Women’s Right organisation for recognising her work on preventing honour based violence, protecting victims/survivors and bringing perpetrators to justice. She received the World Peace and Prosperity Foundation award 2013.

She sits on Her Majesty’s Inspectorate Of Constabulary advisory group on Honour Based Violence. She also sits on the Board of Directors for Safe Hands For Girls, a non-profit origination working with survivors of FGM based in the US and Gambia. She is now consultant for the Girl Generation Program and is the Chief Executive of Hawa’s Haven.

Leyla Hussein is also a Community facilitator at Manor Gardens, where she now runs Dahlia Project which she set up in 2013: it is the only counselling service for FGM survivors in the EU. Her documentary “The Cruel Cut” with Channel 4 on FGM in the UK was nominated for a Bafta in 2014, The Amnesty Media Awards 2014 and Best Onscreen Talent category for the CDN Awards 2014 and Broadcaster award 2015.

She successfully lobbied at a political level and her e-petition 'Stop FGM in the UK Now' gathered over 100,000 signatures, triggering a much needed debate in Parliament on FGM in the UK. She was subsequently called in to give evidence at the Home Affairs Committee inquiry into the matter.

She blogs for the Huffington Post, Cosmopolitan magazine and The Guardian. She is a Fellow of the RSA.