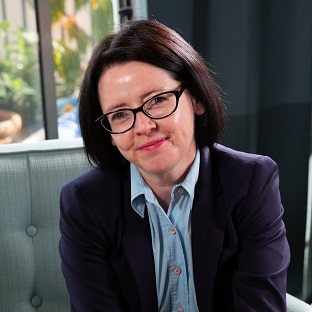 Mary O’Hara is an award-winning journalist and author specialising in social policy and social justice. She was inspired to write about social issues in part because of her experience of childhood poverty growing up in Belfast, Northern Ireland. Mary freelances across a number of publications and platforms including The Guardian and Mosaic Science. She was named International Columnist of the Year in 2017 and 2018 by the Los Angeles Press Club Southern California Journalism Awards for her Guardian column, Lesson From America. She is also an executive producer on the podcast Getting Curious with Jonathan Van Ness and founder of the anti-poverty initiative, Project Twist-It.

Mary is the author of ‘Austerity Bites: A Journey to the Sharp End of Cuts’ in the UK and has contributed to other books including ‘The Violence of Austerity’ (Pluto Press, 2017) and ‘Council Skies’ (2019) by the artist PeteMcKee. In 2009-2010 she was an Alistair Cooke Fulbright Scholar at UC Berkeley. Mary is also the founder and chair of the David Nobbs Memorial Trust.