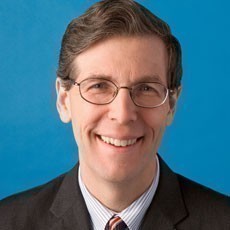 Michael Levine is the Founding Director of the Joan Ganz Cooney Center, an independent non-profit organization based at Sesame Workshop.  The Center conducts research and builds multi-sector partnerships to scale innovation and investment in promising educational media technologies for children.

Prior to joining the Center, Michael served as Vice President for Asia Society. He also previously oversaw Carnegie Corporation of New York’s groundbreaking work in early childhood development, educational media, and primary grades reform, and was a senior advisor to the New York City Schools Chancellor, where he directed dropout prevention, afterschool, and early childhood initiatives.

Michael has been a frequent adviser to the U.S. Department of Education and the Corporation for Public Broadcasting, writes for public affairs journals, and appears frequently in the media. He writes a regular column for Huffington Post, and regularly keynotes conferences focused on child development, learning and digital media. He was named by Working Mother magazine as one of America’s most influential leaders in family and children’s policy and serves on numerous nonprofit boards, including Classroom, Inc., Forum for Youth Investment, We Are Family Foundation, PBS’ Next Generation Learning Media, DigiLearn, the Academy of Education Arts and Sciences, and Journeys in Film.