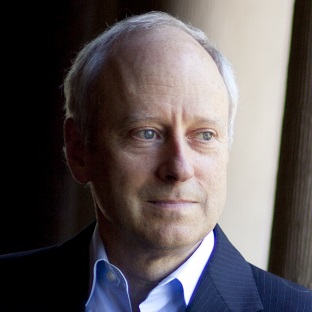 Michael Sandel teaches political philosophy at Harvard University. His writings—on justice, ethics, democracy, and markets–have been translated into 27 languages. His legendary course “Justice” is the first Harvard course to be made freely available online and on television.  It has been viewed by tens of millions of people around the world, including in China, where he was named the “most influential foreign figure of the year.”

Sandel’s books relate the big questions of political philosophy to the most vexing issues of our time. They include What Money Can’t Buy: The Moral Limits of Markets;  Justice: What’s the Right Thing to Do?; The Case against Perfection: Ethics in the Age of Genetic Engineering; and Democracy’s Discontent: America in Search of a Public Philosophy.

Sandel has been a visiting professor at the Sorbonne, delivered the Tanner Lectures on Human Values at Oxford, and given the Kellogg Lecture on Jurisprudence at the U.S. Library of Congress.  A member of the American Academy of Arts and Sciences, he received his doctorate from Oxford University, where he was a Rhodes Scholar.