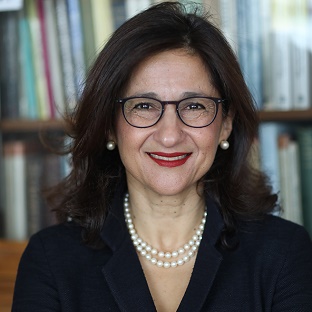 Nemat (Minouche) Shafik is Director of the London School of Economics and Political Science. Born in Egypt, she emigrated as a child to the USA, later moving to the UK for post-graduate studies in economics. At 36, she become the youngest ever Vice President of the World Bank and has since held positions as Permanent Secretary of the UK's Department for International Development, Deputy Managing Director of the International Monetary Fund and as Deputy Governor of the Bank of England, working on major policy upheavals across the globe, from the fall of the Berlin Wall, to the Arab Spring, to the financial crash in 2008 and the Eurozone crisis. Following her appointment as Director of the LSE in 2017, she launched a programme of research, 'Beveridge 2.0', to rethink the welfare state for the 21st century. She was made a Dame in the Queen's Birthday Honours list in 2015 and in 2020 was appointed a cross-bench peer in the House of Lords.