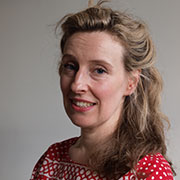 Miranda Green is a journalist who specialises in politics and education.

Miranda spent six years on the staff of the Financial Times, first as Assistant UK News Editor, then Deputy World News Editor, before becoming the paper’s Education Correspondent and finishing up in the House of Commons lobby team. She continues to write for the FT and has also been a contributor the The Observer, The Economist’s Intelligent Life magazine, The Times, The Guardian and other journals.  Miranda is a regular political pundit on BBC1’s This Week programme with Andrew Neil, on BBC2’s Newsnight and on BBC Radio 4’s The World Tonight and is a regular presenter of What The Papers Say. She worked for the Liberal Democrats from 1996- 2000, and was Paddy Ashdown’s press secretary during his last two years as leader of the party. She was founding Editor of The Day, the first daily news publication for teenagers, where she remains Associate Editor. An independent business start-up, The Day now has over 900 schools subscribing to the online newspaper in the UK and 34 other countries.