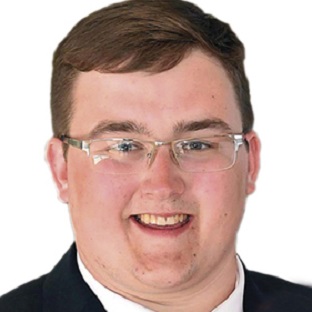 Nairn grew up in Stevenston - an area of high deprivation and high unemployment. Growing up he faced multiple barriers including having to be a young carer after both his mother and brother became disabled

Leaving Stevenston at the age of 12 to move to Kilwinning, he pushed himself into community volunteering roles and his education; recently graduating with a Joint Honours Degree in Politics and Social Policy.

In 2011 – age 15 - Nairn was elected to the Scottish Youth Parliament and would later serve as a Convenor of the Transport, Environment and Rural Affairs Committee and later a Director of the Charity.

Nairn has been an active campaigner in his community and has led national campaigns on multiple issues. He continues to be active in fighting for a better future for his community.