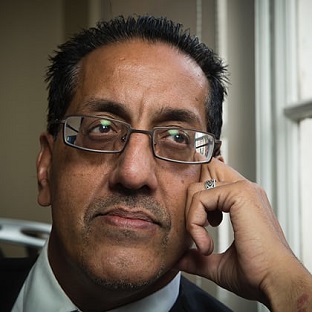 Nazir Afzal OBE, was Chief Crown Prosecutor for NW England and formerly Director in London. Most recently, he was Chief Executive of the country’s Police & Crime Commissioners. During a 24 year career, has prosecuted some of the most high profile cases in the country and advised on many other and led nationally on several legal topics including Violence against Women & Girls, child sexual abuse, and honour based violence. His prosecutions of the so called Rochdale grooming gang, BBC presenter Stuart Hall and hundreds of others drove the work that has changed the landscape of child protection. He was appointed to the Independent Press Standards Organisation (IPSO). He is also National Adviser on Gender Based Violence to the Welsh Government. Most recently he joined the advisory board of Google’s Innovation Fund for counter-extremism.

Nazir is a tutor for several leadership programmes in the public and private sector. He is trustee & Patron of several NGOs including DVAssist, Jan Trust, Karma Nirvana, EngageMe, Halo Project & Savera and former Chair of the Prince of Wales’ Mosaic Trust. He is Pro Chancellor of Brunel University; Honorary Fellow of the University of Central Lancashire; was awarded an Honorary Doctorate in Law by the University of Birmingham and this year an Honorary Doctorate by Manchester University. Nazir assists the UN on rule of law and chaired conferences in New York, Madrid, Norway and Geneva on various justice topics.

In 2005, Nazir was awarded an OBE for his work with the CPS and involvement with local communities. He has also had the honour of being the only lawyer to ever prosecute a case before the Queen.