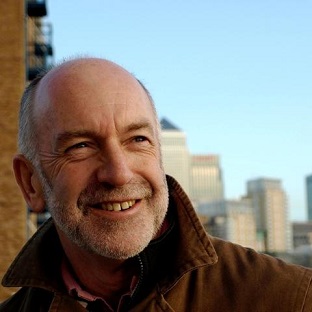 Neil Jameson has been the Lead Organiser and Executive Director of Citizens UK for the last twenty years. In 1988 he played a central part in founding Citizens UK as the home of Community Organising. He was the first Community Organiser organising in Bristol since 1988 and then invited to move to organise in East London in 1994 where he built TELCO (The East London Citizens Organisation) with an initial membership of 47 diverse civil society institutions, mainly schools, faith groups, unions and voluntary associations.

In 2004 Neil and Trustees negotiated a radical new charitable objective with the Charity Commission – ‘to support the capacity of the (disadvantaged) people of the UK to participate fully in public life and to strengthen and sustain their institutions in the process’. This was partly in response to concern about declining voting figures and clear evidence of a growing crisis for membership organisations that broadly promoted the common good. This vital challenge to our democracy is even more urgent in 2018 with all such institutions, particularly faith, unions and civic groups not just continuing to shrink but some even losing their core mission and purpose – when faced with the superficial attraction of popularism, social media and the loss of trust between the people, the state and the market.

Citizens UK now employ 47 professional Community Organisers organising across hundreds of diverse member communities to work together on shared interests for the common good. These dynamic Citizens Alliances have initiated and driven major systemic changes in politics and public life initiated vast Citizens Assemblies where citizens negotiate with powerbrokers on the issues that concern them; these include the Real Living Wage launched in 2001 (now with 4,500 accredited Living Wage employers); Strangers into Citizens in 2007/8 which successfully persuaded the government to agree to a one off regularisation (below the radar) for thousands of ‘irregular workers’; ‘Respect the Cap’ on total of credit following the 2008 financial crisis introduced in 2015 after sustained pressure from Citizens UK – as well as hundreds of creative local actions and victories by local Citizens groups on litter, housing, social care and better jobs etc. When pushed Neil Jameson says the most important contribution of Citizens UK to UK public life has been to restore thousands of citizens faith in politics, each other and their ability to be co-creators of history.

Neil has been identified by The Guardian as one of the top one hundred public servants in the UK and awarded a Fellowship by Queen Mary University of London and a Doctorate by the Open University. In 2016 he was awarded a CBE in the New Year’s Honours ‘for services to social justice and community organising’. Prior to Citizens Organising Neil spent 20 years as a Social Worker and development officer for Save the Children and The Children’s Society. He has travelled extensively to study politics and social change practice across the world and in 1988 he initiated a partnership with The Industrial Areas Foundation (IAF) which has brilliantly pioneered broad based Community Organising since 1933. A young Barak Obama attended training with IAF in 1987 and has described his experience as a Community Organiser as his best and most profound learning about politics and public life.