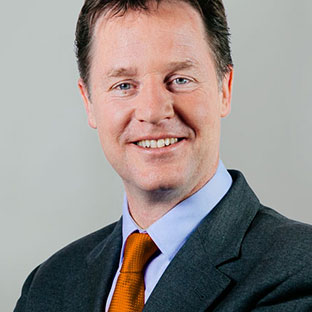 Nick studied Social Anthropology at Cambridge and afterwards continued his post graduate studies at the University of Minnesota and the College of Europe in Bruges.

In 1999 Nick was elected Member of the European Parliament for the East Midlands, before successfully being elected as the MP for Sheffield Hallam in 2005. Nick was elected leader of the Liberal Democrats in December 2007. He was appointed Deputy Prime Minister after the General Election in 2010.